Bruxism is the excessive grinding of teeth or clenching of the jaw. It is an oral parafunctional activity which means it is not associated with normal function such as eating or talking. Bruxism is a very common behavior. Some reports suggest it is prevalent in 8-31% in the general population. There are various symptoms which are often associated with bruxism. These symptoms include: hypersensitive teeth, aching jaw muscles, headaches, tooth wear and damage to existing dental crowns and fillings. Symptoms can sometimes be so minimal that the patient is unaware of the condition.

There are two primary types of bruxism. One type occurs when patients are asleep which is called nocturnal bruxism. The other instance occurs during wakefulness which is referred to as awake bruxism. While the damage can be similar in both types, the symptoms of sleep or nocturnal bruxism tends to be worse upon waking up and improve throughout the day. With awake bruxism, symptoms may not be present at all upon waking up, and they progressively get worse throughout the day. The causes of bruxism are not fully understood. It is suggested bruxism involves multiple factors. Awake bruxism is more prevalent in females and sleep bruxism equally affects males and females. In addition, awake bruxism likely has different causes compared to sleep bruxism. Several treatments are available, although there is not substantial evidence of how effective the treatments are.

Most people who brux are not aware of the problem. This can be because there are no symptoms, or because the patient doesn’t realize the symptoms are associated with a clenching and grinding problem. The symptoms of sleep bruxism are typically the worst immediately after waking up, and they progressively improve. The symptoms of a grinding habit during the day while the patient is awake tends to get worse throughout the day. It may not be present whatsoever upon waking up. Bruxism may cause a variety of signs and symptoms which include the following:

Bruxism is usually identified as a result from the effects of the process rather than the process itself. The negative consequences generated from bruxism can have serious consequences on the components of masticatory system, especially the teeth, the periodontium and the articulation of the mandible with the skull. The muscles of mastication which move the jaw can also be impacted because of their use beyond normal function.

Early diagnosis of bruxism can be helpful advantageous, but difficult to detect. Early diagnosis can prevent long-term damage which can ultimately affect the quality of life. A bruxism diagnosis is often made in a clinical setting. The diagnosis often occurs based on the person's history including reports of grinding noises, and the presence of common signs and symptoms. These signs and symptoms often include tooth mobility, tooth wear, indentations on the tongue, hypersensitive teeth, pain in the muscles of mastication, and clicking or locking of the temporomandibular joints. 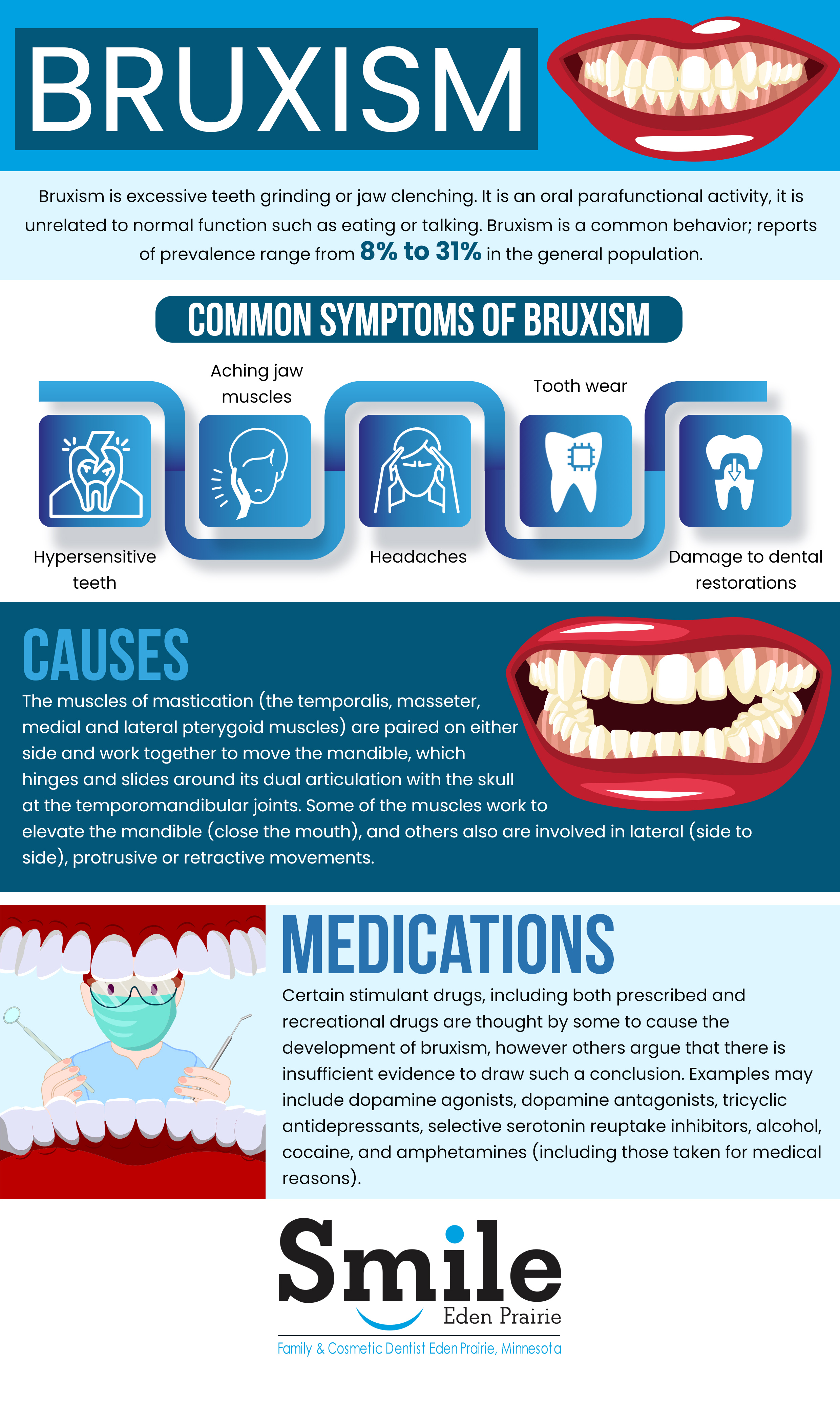